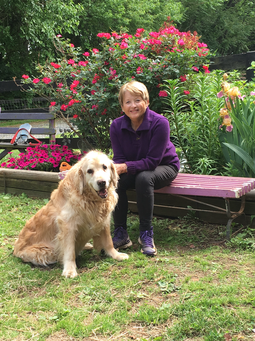 By virtue of her best selling videos and books and the establishment of the popular Equissage certificate programs in equine and canine massage, Mary is considered to be one of the true pioneers in the use and acceptance of massage therapy in the total health-care regimen of animals. As early as the 1980's, Mary took her background in human massage and began applying the therapy to companion animals and to horses involved in athletic competition. By 1989 she was securely established as a successful Equine Massage Therapist at Thoroughbred Racetracks throughout the Mid-Atlantic States.
A year later, Mary began marketing the therapy as well to regional show barns and was appointed official massage therapist for such events as the Devon Gold Cup and other nationally recognized horse shows.
In early 1991, Mary began developing a lesson plan for an instructional program that would offer certification in the therapy to others. The course was inaugurated later that year as the first such certificate program in Equine Sports Massage Therapy. Students of the program have hailed from all of the 50 states and 19 different foreign countries, and bring with them all kinds of backgrounds and education. In 2000, Mary introduced a Certificate Program via home study in Canine Massage. It is quickly becoming as popular as the equine program. Unlike most early pioneers in this industry, Mary still is the full-time instructor and teaches every class. 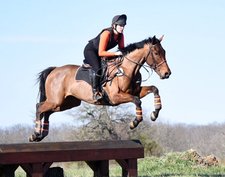 Samantha (Sam) came through our program in the spring of 2016 and became certified in Equine and Canine Massage Therapy. We were so impressed by how quickly she learned the sequence, her willingness to help the other students in her class and her true love of the horses she worked on. It was obvious to us that she would make a wonderful addition to the Equissage family. She joined us in September 2016 and has proven to be the asset we knew she would be. Sam assists on Mondays for 3 hours, Tuesdays for 5 hours, and depending on the class size, Thursdays for 2 hours as well.

Sam studied Animal Science and Psychology at West Virginia University and spent many years interning with both Equine and Small Animal Veterinarians, giving her a large depth of understanding of anatomy structures, and functions in both horses and dogs.
When not assisting Mary with the classes, she spends her time training her young Thouroghbreds in the sport of Eventing.